Does your Church align with what the Scriptures say about baptism?

The meaning of baptism

We must allow baptism to be just a sigh by which we acknowledge that we are Christians, dead to the world, enemies of the Devil, wretched, crucified people, who seek not temporal but eternal blessings; striving unceasingly against flesh, sin and Devil, and living a Christian life.

Why is baptism important?

Baptism is the first step in obedience for the Christian after they have received Jesus Christ as their Savior.

Salvation is by Grace through Faith in Jesus Christ apart from works.

Titus 3: 5, Not by works of righteousness which we have done, but according to his mercy he saved us, by the washing of regeneration, and renewing of the Holy Ghost;

Baptism in the bible

Acts 3:41 Then they that gladly received his word were baptized: and the same day there were added unto them about three thousand souls.

Acts 16: 25 – 34, And at midnight Paul and Silas prayed, and sang praises unto God: and the prisoners heard them. And suddenly there was a great earthquake, so that the foundations of the prison were shaken: and immediately all the doors were opened, and every one’s bands were loosed. And the keeper of the prison awaking out of his sleep, and seeing the prison doors open, he drew out his sword, and would have killed himself, supposing that the prisoners had been fled. But Paul cried with a loud voice, saying, Do thyself no harm: for we are all here. Then he called for a light, and sprang in, and came trembling, and fell down before Paul and Silas, And brought them out, and said, Sirs, what must I do to be saved? And they said, Believe on the Lord Jesus Christ, and thou shalt be saved, and thy house. And they spake unto him the word of the Lord, and to all that were in his house. And he took them the same hour of the night, and washed their stripes; and was baptized, he and all his, straightway.
And when he had brought them into his house, he set meat before them, and rejoiced, believing in God with all his house.

Acts 8: 26 – 39, And the angel of the Lord spake unto Philip, saying, Arise, and go toward the south unto the way that goeth down from Jerusalem unto Gaza, which is desert. And he arose and went: and, behold, a man of Ethiopia, an eunuch of great authority under Candace queen of the Ethiopians, who had the charge of all her treasure, and had come to Jerusalem for to worship, Was returning, and sitting in his chariot read Esaias the prophet. Then the Spirit said unto Philip, Go near, and join thyself to this chariot. And Philip ran thither to him, and heard him read the prophet Esaias, and said, Understandest thou what thou readest? And he said, How can I, except some man should guide me? And he desired Philip that he would come up and sit with him. The place of the scripture which he read was this, He was led as a sheep to the slaughter; and like a lamb dumb before his shearer, so opened he not his mouth: In his humiliation his judgment was taken away: and who shall declare his generation? for his life is taken from the earth. And the eunuch answered Philip, and said, I pray thee, of whom speaketh the prophet this? of himself, or of some other man? Then Philip opened his mouth, and began at the same scripture, and preached unto him Jesus. And as they went on their way, they came unto a certain water: and the eunuch said, See, here is water; what doth hinder me to be baptized? And Philip said, If thou believest with all thine heart, thou mayest. And he answered and said, I believe that Jesus Christ is the Son of God. And he commanded the chariot to stand still: and they went down both into the water, both Philip and the eunuch; and he baptized him. And when they were come up out of the water, the Spirit of the Lord caught away Philip, that the eunuch saw him no more: and he went on his way rejoicing.

Search the Scriptures to see what the teaching is concerning baptism. 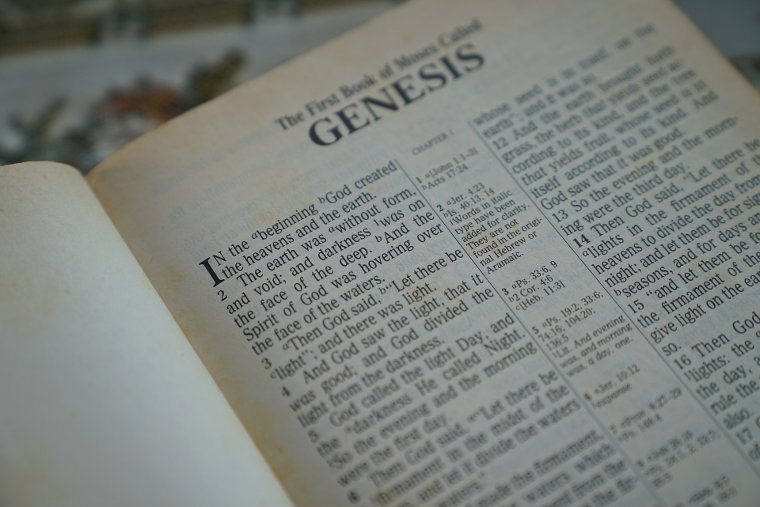 Charles Spurgeon Howbeit when he, the Spirit of truth, is come, he will guide you into all truth: for he shall not speak of himself; but whatsoever he shall hear, that shall he speak: and he will shew you things to come. The Gospel of Saint John 16:13 “There is no doctrine of the…

When we here the words “Climate Change” we immediately think about a group of people that subscribe to global warming, green energy, end of the world, etc. The fact is

Money Hungry Leaders, and Sin Soaked Citizens The leaders of our Country, States, Cities, and Counties are scrambling to establish Prosperity as the new god for the people. The golden calf is being paraded up and down the highways and byways of this once great nation. Once great, because it was a God fearing nation….

Some years ago there was a television program by the name of “Dragnet”. It was based on the true stories of the Los Angeles Police Department. One of those stories featured a distraught man about to jump from a tall building. He was rescued by the police, found to be mentally incompetent, and committed to…

It was in 1687, when the penalties against dissent were somewhat relaxed, that Matthew Henry was ordained a minister. On the eve of this important event he devoted a considerable time to self-examination; and in the paper in which he records its results, he writes— “I think I can say with confidence that I do… 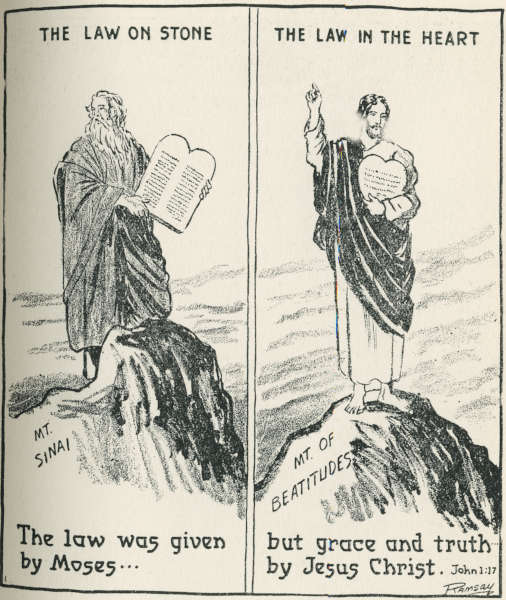 WARNING: False teaching about sanctification is an evil cloak used to teach that works are a part of salvation, or that your works will keep you saved. They will tell you that if you are truly saved you will want to be sanctified, and do good things. They start to mix in teachings about holding…